Welcome to the Apocalypse 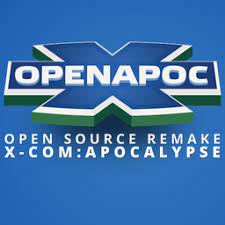 For me personally, Xcom Apocalypse had so much potential to be a great game but it failed to deliver since it was forced to market half done, now we have an opensource remake, i hoping we as a community can give this game the shine it should of had the day it was released.

Now im not a coder but i am involved within the community as a long term Xcom Modder, so for me this remake give me a chance to test my creative juices again, in  a new engine, that will eventually mean new modding options, this gets me very excited. Currently, there are very few tools for modify the original Xcom Apocalypse game and even fewer that i can get working on my modern machine, so I'm looking forward to once the team hits V1.0 so that the supporting modding tools can be created so i can finally sink my teeth into new maps, units.

In this section of the website, i will upload things as i learn them to make it easier for any modders that come after me. I would expect in time that these resources will eventually become obsolete as the modding community flock to this game, once new tools become available, just as it did for the OpenXcom scene, honestly, if that was to happen a second time and i can help in some small way by being a stepping stone to greater things, than that would be an honour once again :)
First Steps: outine how to open and interact with the XML structure used in OpenApoc (which is currently the only way to do any modding).
First Steps
Sprites from 3d: This is kind of a blog as i learn blender and upload files for others to reuse as a base in there modding journey.
Sprites From 3D