1)   The most annoying Bugs take place within the PATHS window , there it provides you with a way to create new map blocks sets / new map blocks , assign MCD sets to those blocks , problem is , depending upon which version you download on the Net , most of the time if you use the save option provide and return to the normal windows, your data will be wiped. 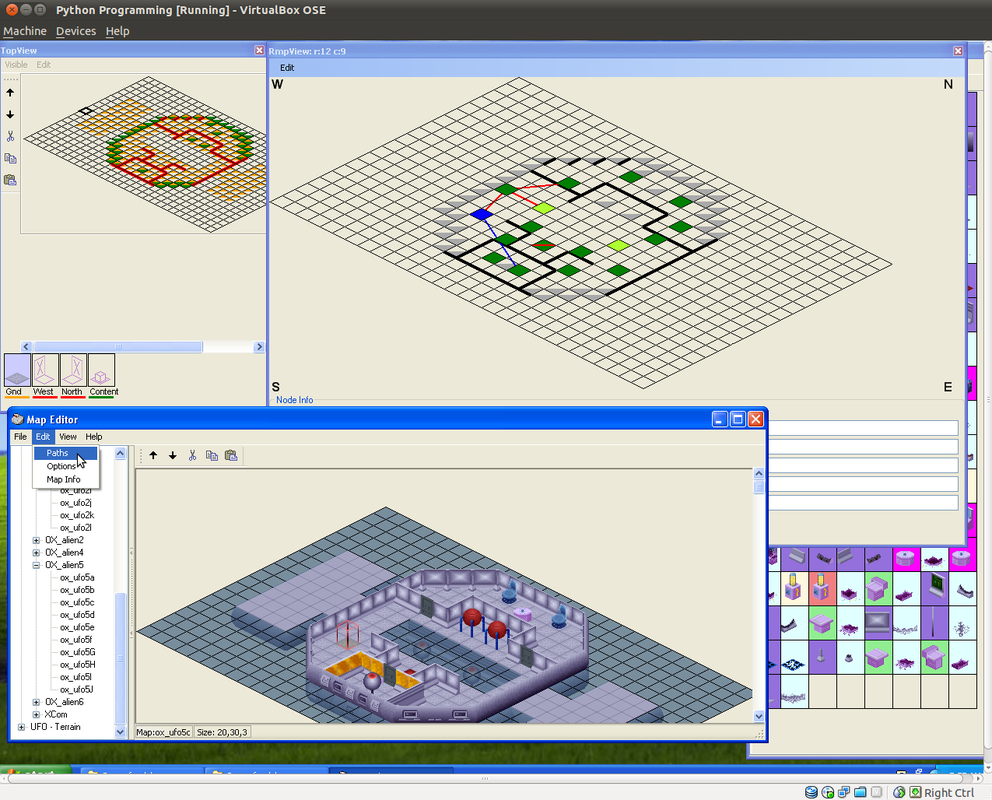 Once you have gone to  "EDIT-PATHS" ( as shown above) ,switch to "Map files " tab the below image is shown. 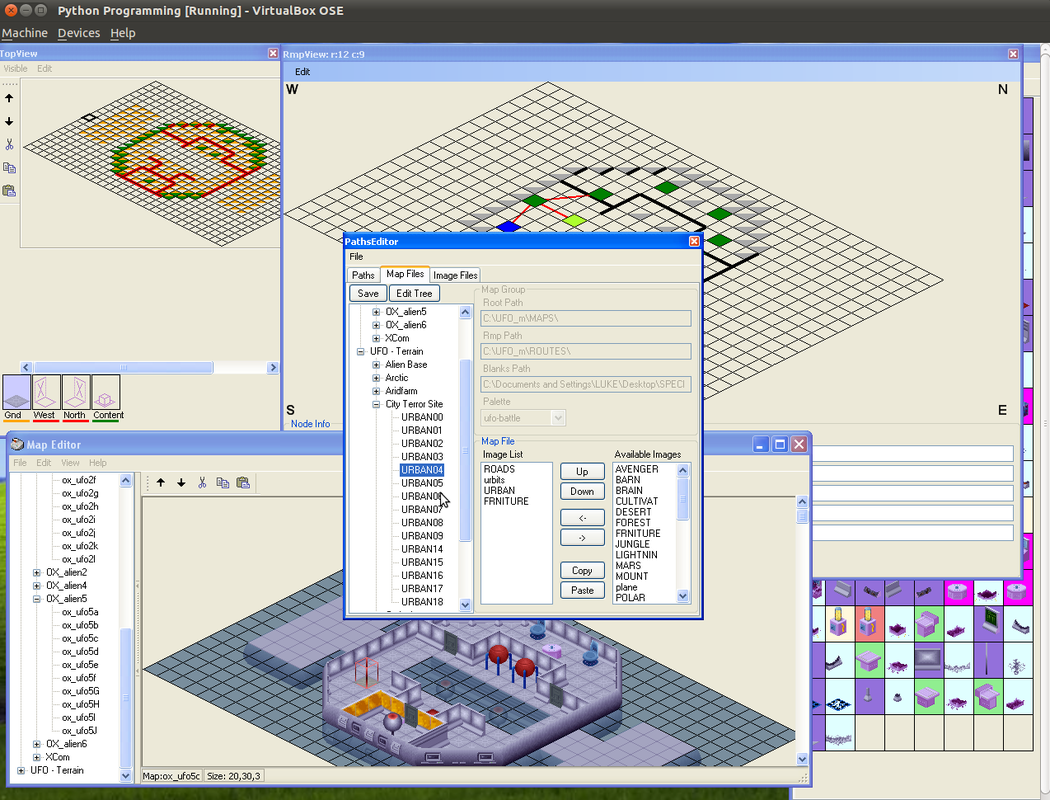 Here , depending upon the Mapview Build your using, it allows you to crate new map blocks, assign them the basic info and create them , it then creates the necessary Map and Route files and adds the data into the "MapEdit.DAT" as shown in image below. Now on some version that works , on my newest version from Daishiva , that wipes the "Mapedit.dat" file is you do it that way, the only work around is to create the Map and Route files manually ( by copying a original one) and manually edit the "MapEdit.dat" file. 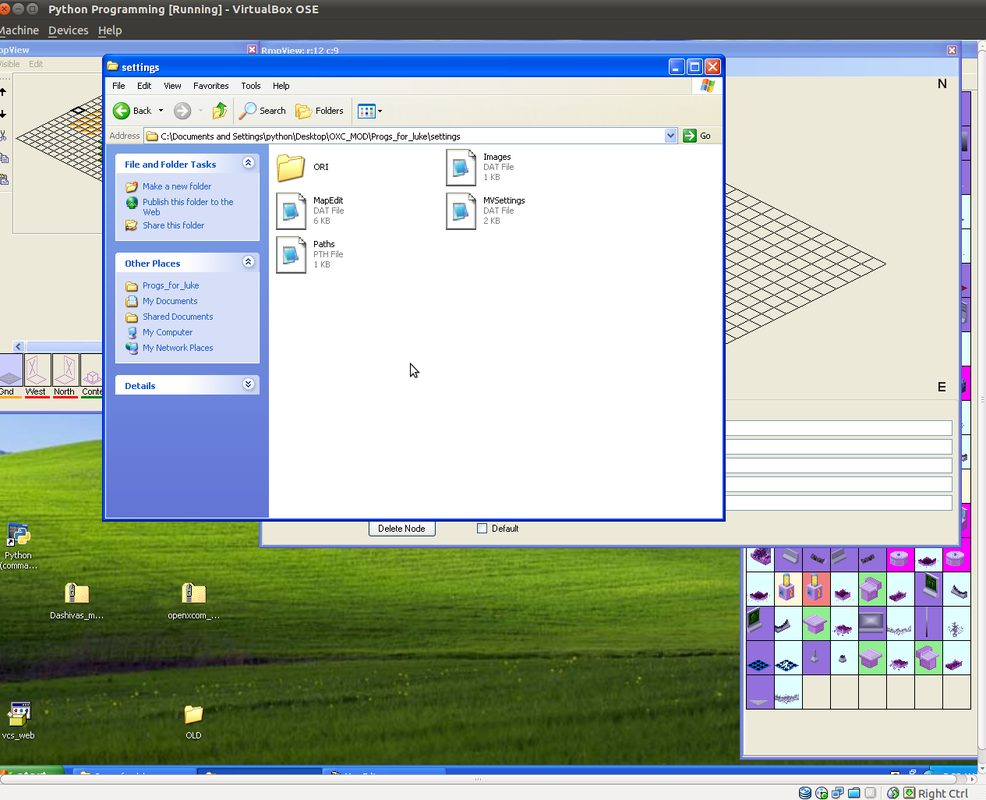 The next TAB is the IMAGE TAB, here you should be able to load up any NEW CUSTOM MCD SET you have created to be used with Mapview, on every version i have tried , if you use this, it wipes out the "Image.DAT" file , once again, the only workaround it to manually code the "Image.dat" 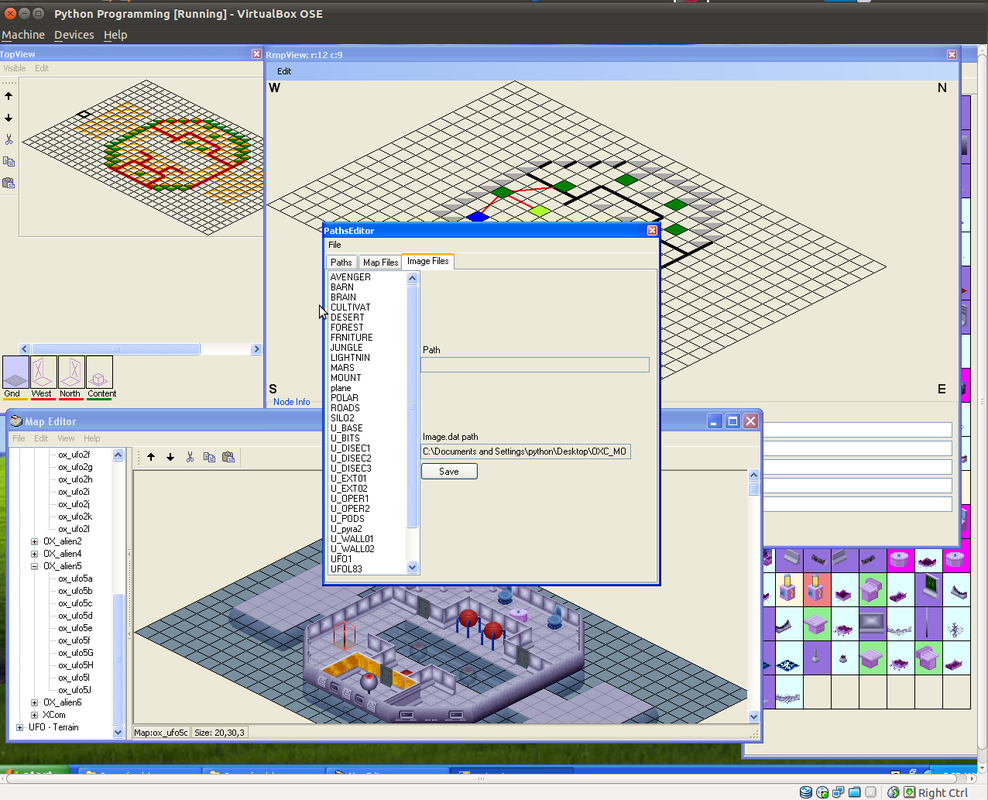 2)  The newest version of MAPview i have been provided has the "DEFAULT" option available in the RMPWINDOW, this feature was added at my request and works well, you should check the CODE you have has this . On top of this feature , i would like a additional button to activate, if i want to automatically make a link between the my "Next" spawn node i place and the previous one in both directions, this way i can build a default TRACK around a map block whilst placing the nodes saving myself some time later on. 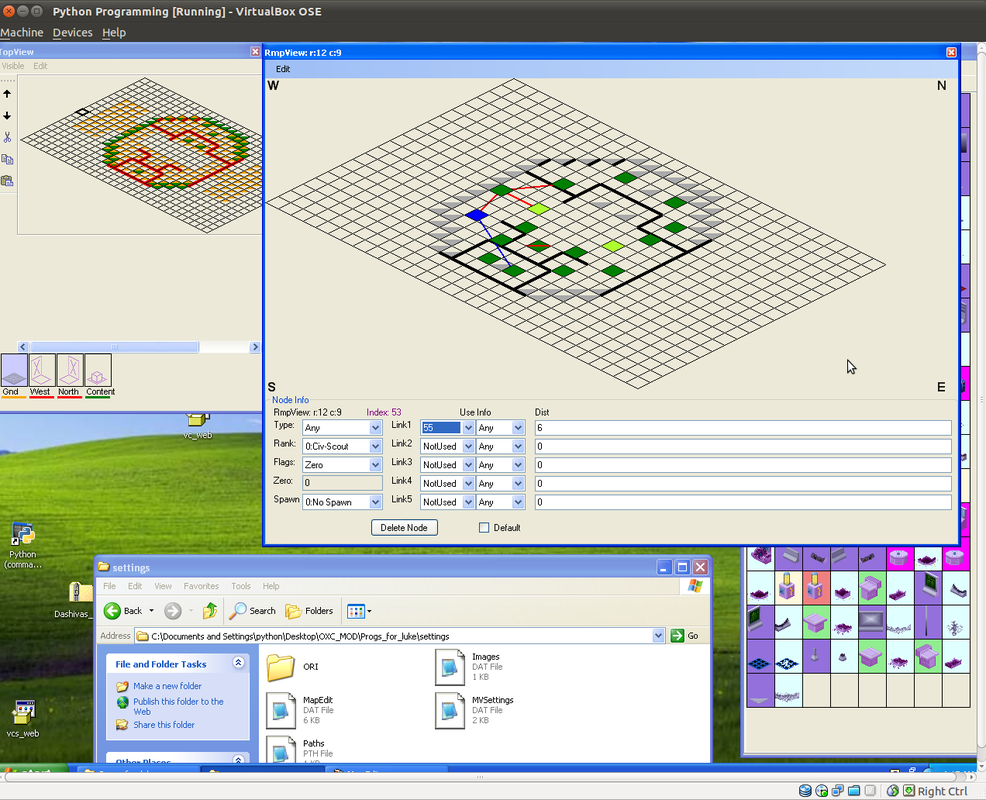 3) Also the light green Squares in the RMP window are Spawning Nodes, it would be good to either assign a letter to each to show the RANK of the spawn type OR have different colours for Ranks. The currently selected one is BLUE and has a rank 5 = Engineer 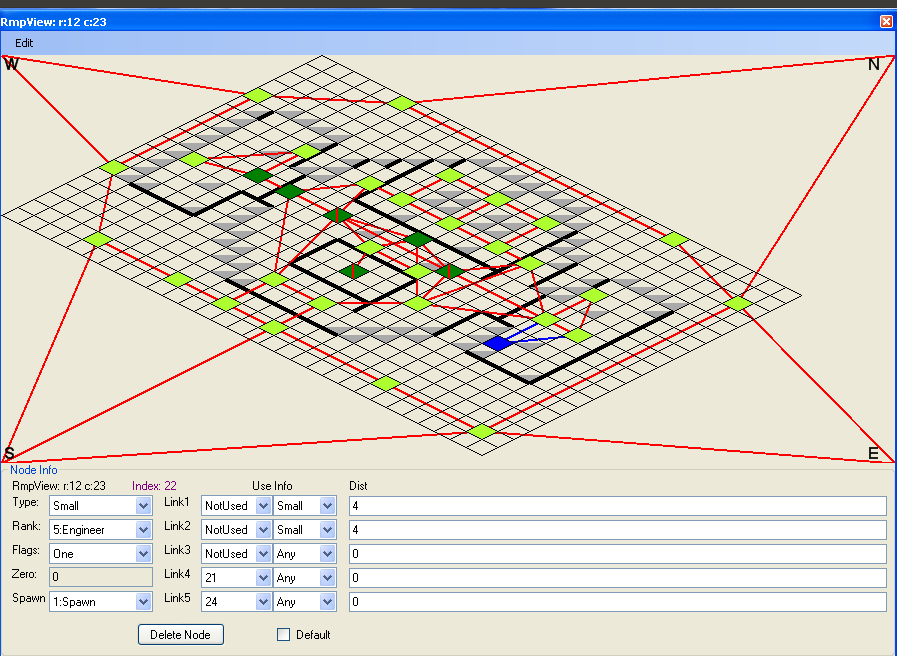 4)  Move Node option: Using the ABOVE  image as reference, it would be good if i could select a NODE , activate a tickbox and then DRAG the node , with all its current path LINKS to another location. Currently if you place one in the wrong location , you can only delete it and restart all links and spawn types. The Default option can be used to make this  a little less stress full but its not enough.
5)   Normally when placing Nodes , i keep the RMP window in the top right side of the screen and the graphically display in the bottom left so i can clearly see were i am placing a Node in relation to the Mapblock. This ultimately leads to me counting squares on either screen because if i get it wrong , i got to delete the node and place it again, adding some GRID numbers to both image would be a good start on this, activating some sort of shading along both axis's and both displays would be fantastic. 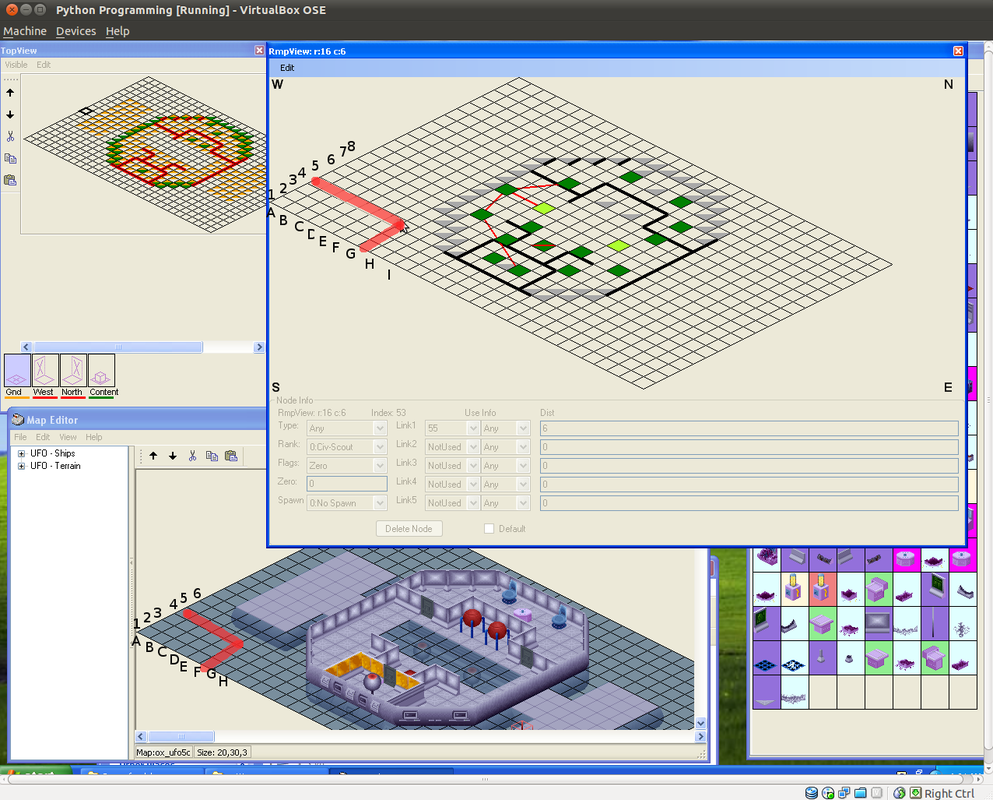 6) AUTOLINK would be a dream come true , something where i can active across a entire LEVEL of the ufo in one click , telling it to LINK-UP any 2 node that doesn't cross a Wall or Object. It should also have a MAX distance check on it , if i only want it doing the close ones automatically for me, i can adjust the distances i can let it handle.  This is a LONG SHOT and should only be done if all other issues have been fixed :)