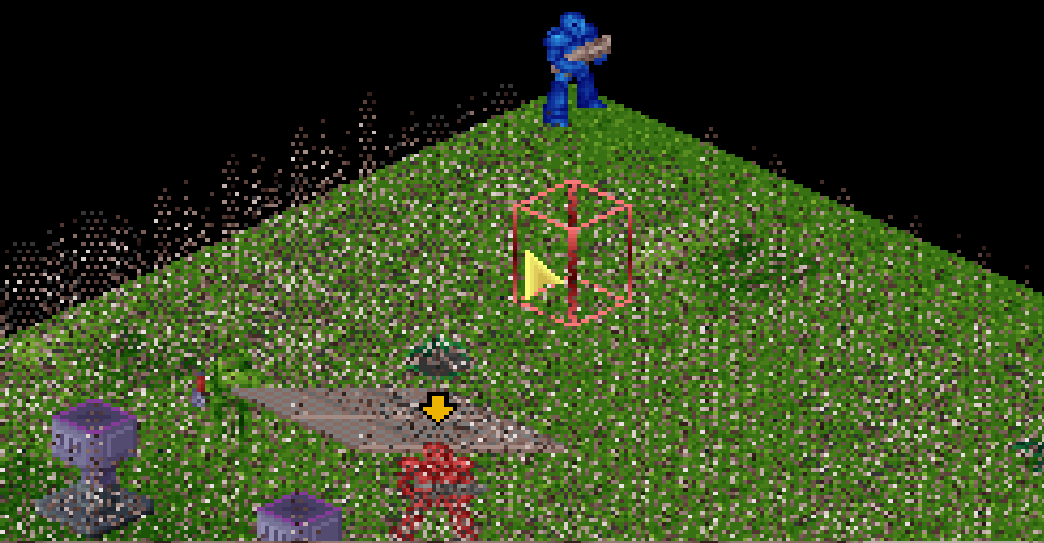 This mod adds 3 new types of HWP to your openxcom game.

The Assault Drone carries a Plasma Rifle and has decent armour, reactions and firing accuracy, making it useful for breaching a UFO ahead of your experienced veterans. I'd suggest prioritising its survival over that of a rookie though.

The Scout Drone has very high TUs, Strength and Throwing Accuracy making it useful for carrying heavy supplies around the battlescape. Its high TUs also make it quite a good scout as the name would suggest but its Laser Rifle is unlikely to win any battles against the tougher enemies.

The Hammer Heavy Artillery Drone has armour but shouldn't be in a situation where it is needed. It fires two types of shells very accurately in an arc, making it perfect for those last-minute cross-map saves or precision bombardment. Its HE shells have a blast radius of 2 and can punch through UFOs while its IN ammunition sets a very large area on fire.

Drones require power suit research along with weapons research specific to each drone. All require the corpse of a soldier who died wearing a power suit or flying suit to be manufactured along with a handful of other requirements.

Ever wished the Cult of Sirius was in earlier X-Com games? This mod adds cult missions to openxcom. Cultists look like civilians but are a bit tougher and have decent psionic abilities. Sectoids and Ethereals will sometimes send a UFO to establish or supply a cult. Attacking the crash site or landing site or one of these UFOs will start a cult mission. There will always be some high-ranking Ethereal/Sectoid personnel and lots of Elerium so it is definitely worth losing a few soldiers to finish a cult mission.

Cultists use Rifles, Pistols, Auto Cannons and Heavy Cannons in addition to standard grenades while the highest-ranking cultists may carry alien plasma weaponry. All cultists are somewhat resistant to plasma weaponry.

The Cultists mod comes packaged with a slight terrain change-around. Half of the geoscape textures allocated for Farm terrain have been allocated to City Terror Site terrain. You can now have UFO crashes in cities. In addition, my custom MBASE terrain is available for playing around in New Battle mode.