The Leflair Sprite Smithy
Goals:
Create original spritework for new and old species, to be fully implemented once OpenXcom goes live and allows it.

The current work in progress projects are the following: 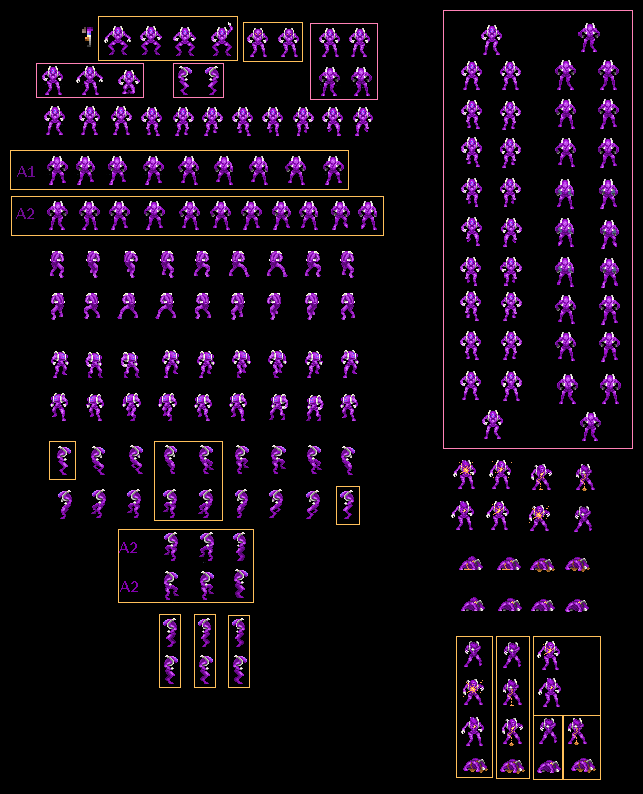 The Veronian sprite-sheets (some alternatives I'm considering boxed in yellow) and the IRON-MAIDEN terror unit.

Threat-wise I'd place them somewhere between the Snakeman and Muton, with a few low/high outliers in stats and gimmicks. Only the commanders and leaders have limited psi-attack ability (worse than a Sectoid) but they are all very resistant to psi-attacks.

Working on adapting the sprites in a X-Com friendly format! 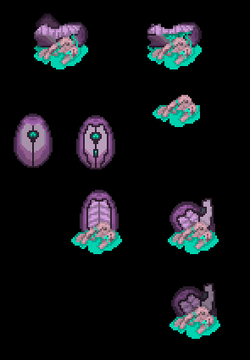 It's powered by human brain juice and likes to abduct hapless civilians.

Draft 1 pictured above and Draft 2 pictured to the left.

Very much work in progress as these are the only frames done, once I settle for a "look" I'll go about animating the rest of the frames. 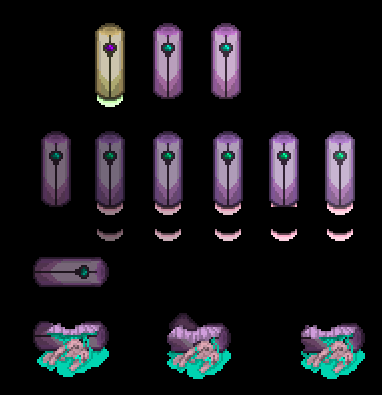 Where I try to give a fresh coat of paint to the old enemies by redesigning them more or less from scratch, while hopefully retaining their unique flavour and perhaps adding an improvement or two.

These are long-term projects that will see expansion after more original work, or in shortage of other things (or whenever I get a cool idea).

Below are a series of drafts, with none being truly finalized yet. 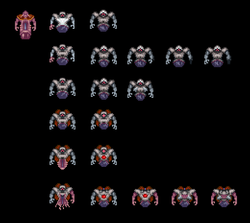 Original (minus cape) seen on the far left, with a succession of "Standard Floater" remakes down the left and bottom as well as a series of Heavy Floater "terror units" in the top right three rows. 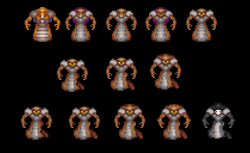 Original seen on the far left, with a succession of slimmed down grunty remakes on the top row, followed by a new tail in the middle row and finally "Cobra hooded" Commander types to the right.

Also a Chryssalid themed Snakeman. Or Snakalid if you will.

Original seen on the far left, with a succession of Drafts showcasing my working "order" as the final draft(s) takes shape.

The final models are somewhat taller and slimmer than the original. More lord-like than "monk".

The rightmost two are the latest drafts up for consideration, with slight variations in shadows for a sort of "Dark Aura" effect.

The Pitch black shadow should contrast pretty well with the "clean" exterior, creating an unsettling effect in broad daylight.